1959: Scarier than Fiction The Dyatlov Pass

Authoradmin
No Copyright – Part IV of Civil Code No. 230-FZ of the Russian Federation of December 18, 2006.
Source: Infodjatlov

The Dyatlov Pass is located in the Ural Mountains of Western Russia.

At the point of their disappearance, the goal of the ill-fated expedition was to reach Otorten, a mountain that was approximately 6 miles away.

The unfortunate hikers never reached their destination, and chillingly enough, the word “Otorten” translated from Mansi (indigenous peoples in the area) language, means “Mountain of the dead men.”

The expedition originally began with ten hikers, and it was led by a 23-year-old man named Igor Dyatlov. There were eight men and two women.

The two women on the expedition were Zinaida Kolmogorova and Lyudmila Dubinina, and the other men were Alexander Kolevatov, Rusterm Slobodin, Yuri Krivonischenko, Yuri Doroshenko, Nicolai Thibeaux-Brignolle, Alexander Zolotarev, and Yuri Yudin.

The hikers were students or recent graduates of Ural Polytechnic Institute, which has since been renamed Ural State Technical University, of which, Boris Yeltsin is an alumni.

The Publicly Documented Facts That Led Up To The Incident

On the morning of January 27, 1959, the group left Vizhai to begin their trek. Vizhai is the northernmost inhabited settlement in the region.

On January 28th, one of the hikers, Yuri Yudin, fell ill and had to turn back. This turned out to be a life-saving turn of events for Mr. Yudin, as he is the sole survivor of the doomed expedition.

Remaining members of the expedition recorded the days afterward with diaries and cameras. On January 31, the group began to climb.

On February 1st, the hikers reached Kholat Syakhl, the mountain pass that has since been renamed “Dyatlov Pass” since the incident occurred.

When they reached the pass, their plan was to cross over and set-up camp on the other side.

Weather conditions worsened, a snowstorm ensued, and the hikers lost their direction due to decreasing visibility.

In the confusion of being lost, the group discovered that they had hiked to nearly the top of the mountain pass, so they decided to pitch camp where they were, and head out the next day. They never made it past this point.

It was decided beforehand that Igor Dylatov was to send a telegraph on February 12th to the group’s sports club as soon as they reached Vizhai upon their return.

February 12th came and went, with no communication from the hikers.

Most people were not alarmed because delays are not uncommon for expeditions – besides, they were nine experienced and capable hikers… 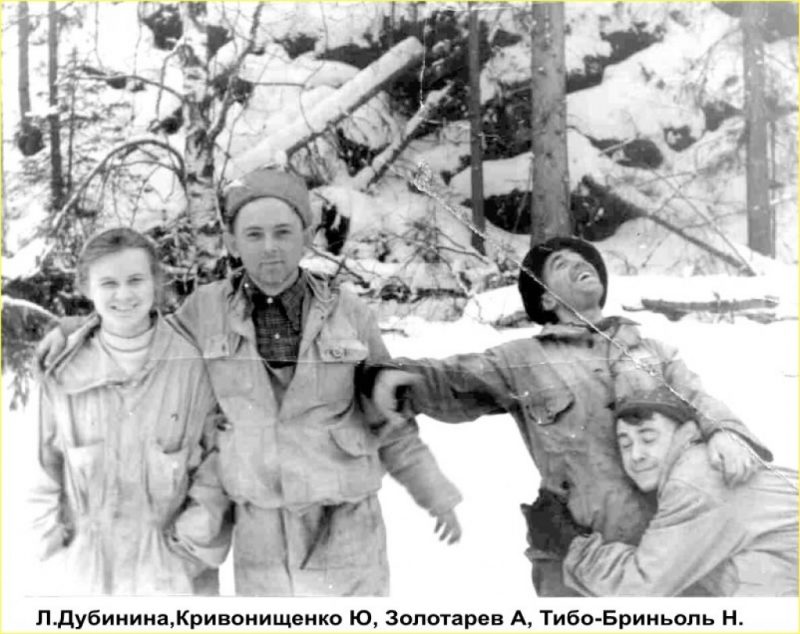 The families of the hikers became increasingly concerned in the days that followed.

On February 20th, the Ural Polytechnic Institute formed a rescue party consisting of students, and faculty – to no avail.

The Chilling Discovery – A True Horror Not Even Hollywood Could Create

Finally, on February 26, 1959, the exhibition party was discovered. Their camp was abandoned and their tent had been ripped apart from the inside out.

Some of the bodies of the hikers were found strewn across the slope a short distance away. Others were found farther away, buried beneath the snow in a ravine.

Some of the hikers were found wearing ripped pieces of clothing that were torn off of other hikers who had died before them, some were missing a shoe or a sock, and some of them were shown to have high doses of radioactive contamination on their clothing.

Their bodies showed no visible signs of wounds, yet one of the women was missing her tongue, and autopsies revealed that Nicolai Thibeaux-Brignolle endured fatal skull damage, and the bodies of Alexander Zolotarev, and Lyudmila Dubinina had been fatally struck with a force that can only be compared to a car crash.

The rest of the expedition died of exposure (hypothermia).

READ  2014: Flight MH17: Lies, More Lies, and Yet More Lies by Western Governments and Their Media

The first guess as to what might have happened to the group was perhaps nearby Mansi peoples had attacked them.

However, no footprints except for those of the hikers were found in the snow in and around the camp

The Mansi attack theory, any other human attack theory, was dismissed when it was revealed that the blows to the bodies of the three injured victims had been too strong to be perpetrated by human beings, and there was no soft tissue damage nor any signs of hand-to-hand combat.

The case was officially closed in 1959, the files were secretly archived, and a few photocopies were finally made available more than 30 years later in the early 1990s.

The verdict of the inquest into the mysterious disappearance was that the hikers died of a “compelling unknown force.”

Speculations and the Aftermath

A journalist by the name of Yuri Yarovoi published a fictionalized account inspired by the mysterious events of the Dyatlov Pass Incident.

The book, published in 1967, is called Of the Highest Rank of Complexity.

Yaravoi completed extensive research for his novel, and he attempted to released several previous versions, but they were both declined due to censorship.

Yaravoi died in 1980, and all of his research has since vanished.

Lev Ivanov was one of the police officials who led the case. Ivanov had previously published an article in 1990 where he wrote about receiving reports of strange spherical shapes in the sky during the time of the incident.

Ivanov firmly believed that UFOs and alien technology was responsible for the unexplained mystery.

Journalist Anatoly Guschin published a speculative book called The Price of State Secrets is Nine Lives in 1999. Guschin was one of the firsts to study the original files surrounding the incident.

The book was all about a soviet secret weapon experiment. Lev Ivanov resurfaced and lent credence to Guschin’s theories by stating that he was ordered by police and military officials to bury the case.

In 2000, local writer Anna Matveyeva published a book titled Dyatlov Pass. It is a semi-fictional account of the events.

Around the time Matveyeva published her book, The Dyatlov Foundation was founded with a mission of encouraging Russian officials to reopen the case, and end the speculation.

The foundation also serves as a monument to the memory of the nine dead hikers. 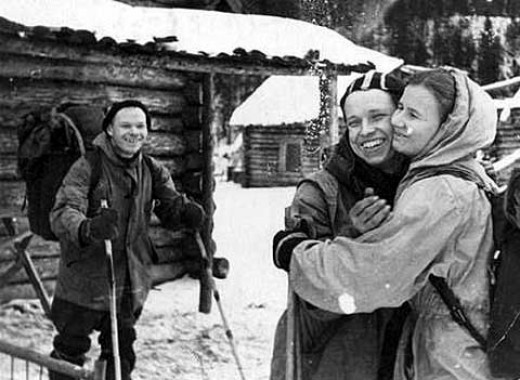 The participants concluded that the military was indeed performing tests in the area during the time of the ill-fated expedition, and these experiments was directly responsible for the deaths of the nine hikers.

The participants state that they lack documentation, and they have asked the Defense Ministry, the Russian Space Agency, and the Federal Security Service to assist them in finally ending the speculation surrounding the unexplained mystery of the Dyatlov Pass Incident.

As of September 2011, this frightening mystery remains unsolved… 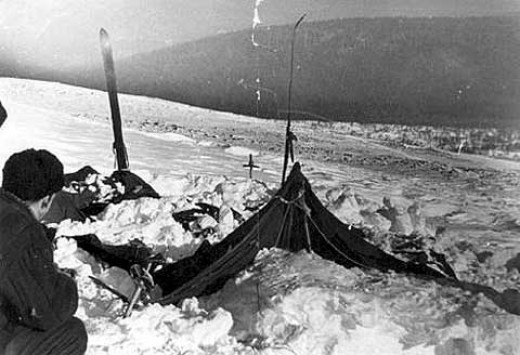