2015: Prophecy Of The Seventh Generation Is Happening NOW!

The mass animal die-off was predicted in native American prophecy.

The prophecy of the Seventh Generation is common to many American Indian nations. Young native people, especially young Mohawk people, should pay attention to and consider.

According to the prophecy, after seven generations of living in close contact with the Europeans, the Onkwehonwe would see the day when the elm trees would die. The prophecy said that animals would be born strange and deformed, their limbs twisted out of shape. Huge stone monsters would tear open the face of the Earth. The rivers would burn aflame. The air would burn the eyes of man.

According to the prophecy of the Seventh Generation of the Onkwehonwe would see the day when birds would fall from the sky, the fish would die in the water, and man would grow ashamed of the way that he had treated his mother and provider, the Earth. 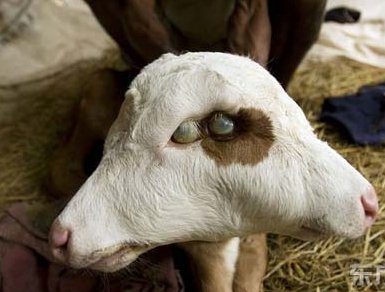 The prophecy said that animals would be born strange and deformed.

Finally, according to this prophecy, after seven generations of living in close contact with the Europeans, the Onkwehonwe would rise up and demand that their rights and stewardship over the Earth be respected and restored.

According to the wisdom of this prophecy, men and women would one day turn to the Onkwehonwe, and particulary to the eastern door of the Confederacy, for both guidance and direction. It is up to the present generation of youth of the Kanien’Kehake to provide leadership and example to all who have failed. The children of the Kanien’kehake are the seventh generation.

Perhaps we would all be better off to live by the following indigenous principles?